Meet our Board of Directors

Our Board of Directors are made up of members of the Railway that have been voted on to the Board at the annaul AGM.

Each Board member serves a term of 3 years, at which point they can either resign or stand for re-election at the next AGM.

Here's a selection of our Board members (more to follow hopefully!) 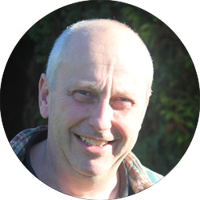 Paul was born in Horsham and educated at Chessworth School and Tanbridge House. He describes himself as an average student. He left school at 16 having done some work experience with Agated, corn and seed merchants in Horsham. He says he really wanted to work in a garage and be a fireman, like his father. He worked for a year at Horsham Police Station as a YTS employee and then started a 3 year apprenticeship with Gilbert Rice of Horsham, working in the truck shop.

After completing his apprenticeship Paul rejoined the Police and worked in the Horsham workshops. Currently he is managing the workshop at Godstone which looks after some 200 Police vehicles. The marked cars are Fords and BMWs but the unmarked cars are various makes. The workshop is responsible for routine servicing and minor and major repairs but does not do bodywork.

Pauls says that his interest in railways probably started when his father built a large OO-scale layout in the loft of the family home. His interest in larger scale railways was kindled when he worked at Gilbert Rice. Here he met a man who was a volunteer at the Lavender Line and the Bluebell. Encouraged by this man, Paul became a volunteer at the Lavender Line. He worked there, as a waiter, on the "Wine and Dine" trains on Friday evenings and, on the footplate on Sundays.

Through one of those tricks of fate so often influence our lives Paul met Aiden Favell when Aiden drove a bus full of visitors to the Lavender Line. Through Aiden, Paul met Chris Knibbs and was introduced to the Ingfield Manor Railway. He left the Lavender Line and continued to work at Ingfield until the break-up there which led to the formation of South Downs Light Railway in 1999/2000.

Paul has been a member of the committe and, subsequently, a director of the limited company from the outset.

Paul has been the Chief Mechanical Enginner of the Railway throughout. He has put all of his many engineering and other skills at the disposal of the Railway, not only in maintaining, repairing and improving the locomotives and rolling stock, but also, with Jerry Chivers and others, constructing buildings and laying and maintaining the track. He is an expert with a welding torch and an angle grinder!

He plays a full part on the roster in many roles. He gets great pleasure from driving Flying Scotsman which he co-owns with his son, Tom. Paul has made several improvements to the loco which is now a reliable and popular engine with our passengers espectially on two-train days.

Paul is a mostly quiet and self-effacing man who just gets on with things. He is an extremely valuable and much-respected member of our Railway. If there's a job to be done he's the person to ask.

Paul is married to Alison and has two childer, Charlotte and Thomas. 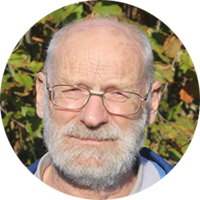 Dave was born in Shoreham by Sea where he was educationed, ending up at Shorham Middle School. Leaving school at 15 he got a job at the local Co-Op as a shop assistant. he recalls teh central cash office and the Lamson overhead 'cash railway'.

Dave's next jobs were in engineering. He started as a centre-less grinder but in 1965 he left that and joined the Army in which he served until 1974. Starting training at 17 Training Regiment RA based at Oswestry he became a driver/radio operator. He was posted in 1966 to 94 Locating Regiment RA based at Celle in Germany. There he became the assistant regimental signals instructor, and the assistant regimental instructor on AFV 432 (Armoured Fighting Vehicle) as well as a B1 driver.

After leaving the Army, Dave joined Southdown buses as a driver/conductor and then became a driver for a wholesale fruit and vegetable company. Doubtless inspired by that experience he became a self-employed greengrocer for 4 years.

In November 1986 Dave joined British Railways as an assistant technician in Signals and Telecom. He was appointed a team leader and test office in faults and maintenance. Leaving BR in May 2000 Dave joined the Westinghouse Signals Company as a team leader, mentor and assessor testing new signalling works. He retired in 2009.

Dave traces his interest in railways to his grandfather who was a railwayman who lived in a railway cottage at Shorham. Dave has long had an interest in model railways; he had a train set when he was 9. Now he is building a layout at home and another at Worthing Model Railway Club which he joined in 1982.

Dave joined the Railway in 2013 and has proved to be a very willing and useful member. As well as being rostered reguarly, (in fact he runs the roster) he works each Thursday on various electrical and signalling tasks and is ever ready to lend a hand. He has introduced his wife, Maggie, to the Railway. Dave and Maggie were married in 1971, they have three daughters and six grandchildren.

Asked what his ambition for the future was, Dave simply replies "to survive"! 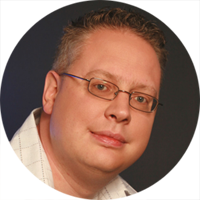 Steve has only been at the Railway since the summer of 2017, but in that time has learnt all of the roles involved with the Railway, from the ticket office, to the signal box, and from station master and guard to driving the diesel engines. He's currently passed out at Link 2 for driving the society's steam locos.

Steve is an active musician in his local church, playing both drums and euphonium in the music groups.

He's keen to hear any suggestions for improving the website. You can get hold of him via email here webmaster@south-downs-railway.com

A company limited by guarantee number 6426315